Do you have severe discomfort and pain after receiving a Depuy ASR™ System Hip Implant?

If you want to learn more about your rights, contact us and schedule an initial consultation for free.

If you or a loved one had hip replacement surgery after July 2003, please contact your orthopedic surgeon or the hospital where your surgery took place to determine whether you received a DePuy ASR™ Hip Implant. Studies recently show that up to one in two patients may have to undergo revision surgeries due to the defective hip implant.

After being on the market for over five years, on August 26, 2010, DePuy Orthopaedics, Inc. (a subsidiary of Johnson & Johnson, Inc.) has finally recalled its ASR™ XL Acetabular System and ASR™ Hip Resurfacing System.

More than 93,000 hip implants were sold worldwide before DePuy stopped production in 2009. Approximately 40,000 were implanted in the U.S. from sometime before the FDA approval in August 2005 through August 2010, the date of the recall. 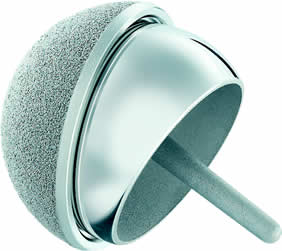 What is the DePuy ASR™ System?

The DePuy ASR™ was used to replace a patient’s natural hip joint as a result of disease, deterioration, or fracture. The DePuy ASR™ System was designed so that the natural hip joint is replaced with two metallic components that articulate directly against one another. A device designed to have direct metallic articulation, without any sort of liner or buffer between the ball and socket, is known within the industry as a “metal-on-metal” system.

However, the DePuy ASR™ system has an extraordinarily high rate of failure. In some patients, the components have loosened causing severe discomfort and pain in the patient. In other patients, the implant causes a dangerous metal debris release into the bloodstream. This leads to severe complications in patients and may require a revision surgery to remove the implant.

How do you know you have the DePuy ASR™ System?

What are the symptoms?

Why was the ASR™ System recalled?

If you have a DePuy ASR™ implant, what should you do?

The attorneys at Moore Law Group, PLLC currently represent clients who have had the recalled DePuy ASR™ Hip System implanted and been forced to undergo painful revision surgeries. If you want to learn more about your rights, contact us and schedule an initial consultation for free.

How can we help you?

THIS IS AN ADVERTISEMENT